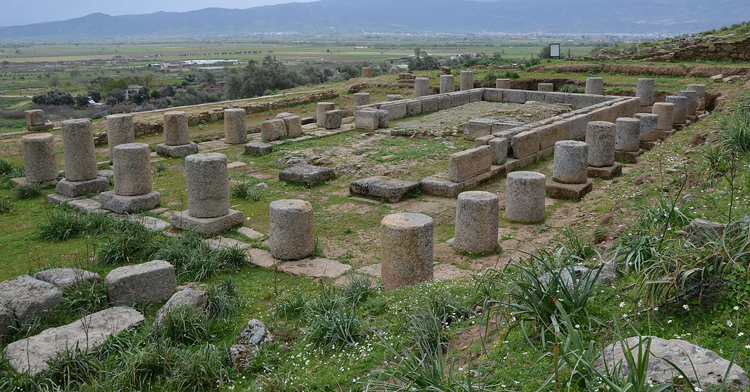 If you are interested in human history, this tour is for you. Thousands of years of history are kept in places to visit. are you ready to explore.

Upon arrival in Istanbul, you are met with a friendly 'merhaba' (hello) and escorted to your hotel where you can take a short rest or walk around Istanbul. At 7:00 we will gather at hotel for an orientation on the cultural adventure ahead. During dinner get acquainted with the other members of your group.

Transfer to airport for morning flight to Adana. Begin your day with a visit to the cave where St. Peter first celebrated the mass near Antioch. A center of Christian life, it was here in 46 AD that St. Paul gave his first sermon inside a synagogue and started to attract converts to the Christian faith. Here the name Christian was first used. The church dedicated to St. Paul, the first church built by man, stands on the west side of the city. Most of the walls have disappeared, but the superb mosaics and inscriptions, which entirely cover the floor, are worth seeing. Visit the theatre, which once sat 15,000, a Roman bath, monumental fountain, well built aqueducts, a horseshoe shaped stadium seating thirty thousand, and the Men sanctuary. Explore Alah Cathedral on the heights of Taurus Mountains. Overnight in Mersin.

Continue on to Cappadocia's deceptively desolate landscape. Visit the underground city of Kaymakli, which extends beneath the surface 14 stories. We leave the breathtaking landscape of Cappadocia for a while, and descend to the centre of the earth at Kaymakli Underground City. Kaymakli is where the early Christians, escaping persecution, fled to seek sanctuary underground. It is here that they built complete cities where they could live for months at a time undetected. They have certainly been a well-hidden secret. Only small portions of the approximately 40 discovered underground cities have been excavated, and an even smaller portion is available for public viewing. There are probably more cities that have not been found.We end the day hiking up to the top of Uchisar Castle, which is the highest and the most dominant point, giving us a breathtaking panorama. Dinner and overnight in Cappadocia.

Today we introduce you to the lunar landscape of Cappadocia at Dervent Valley, then we head on to Zelve Open Air Museum, which is one of the earliest inhabited and latest abandoned monastic settlements of Cappadocia. Seeing the best examples of the fairy chimneys at Pasabag (Monks Valley) Fairy Chimneys Valley, we drive further to Avanos, where we have lunch at a local restaurant. The Hittites skill of pottery making which is famous in Avanos. We will visit a local pottery factory where you will see the act of making pottery. Goreme Open Air Museum is where we visit the rock carved churches and colorful frescoes.We will have a sunset barbacue on the valley peak landscape of Cappadocia.Than a wonderful nights rest at our hotel in Cappadocia.

As we check out, we start our long but pleasant and spectacular drive to Antalya. We make a visit to the Sultanhan Caravanserai, where the medieval merchants used to stay overnight, then we stop at Konya to visit the world famous Mevlana Museum, formerly the place where the mystic philosophy of Mevlana Celaleddin Rumi was taught. Strolling through the streets of Konya, there we will have lunch at a local resturant. On our way to Antalya we will visit Lystra, which used to be the capital of the Roman Province of Cilicia when Saint Paul preached there. Discover the city wall and the Roman bath where excavations have just begun. Antioch of Pysidia and drive to the Mediterranean resort town of Antalya, where St Paul preached and Hadrian ruled. Dinner and overnight in Antalya.

A full day to visit the many nearby Greco-Roman cities of antiquity. Begin in Perge where a scrape of your shoe reveals the same mosaic walkway St. Paul must have strolled to reach the theater where he preached. Visit Side where an ancient bath has been transformed into a museum housing the many classical remains of the region. Sit in one of the best-preserved theaters in the world in the ancient theater of Aspendos.Dinner and overnight in Antalya.

This afternoon, explore the recently excavated theater of Laodikea (Denizli). Then on to Hierapolis, the home of St. Philip the Evangelist to explore the necropolis, churches and baths. Nearby, enjoy the view of Pamukkale's cascading tiers of white limestone. Dinner and overnight in Pamukkale.

Today you'll be able to visualize a trinity of Biblical references from visiting the cities of Sardis and Philadelphia where St. Paul preached, to staying in the city of Smyrna (Izmir), which St. Paul praised for its peoples' faithfulness. Visit the church of Polycarp. Dinner and overnight in Izmir.

"There are no gods made with hands" are the words said by St. Paul. Sit in the theater in Ephesus where St. Paul preached these very words. Stroll along the marble roads past the Library of Celsius and Hadrian's Temple. Visit the nearby Basilica of St. John and the last earthly home of the Virgin Mary. Dinner and overnight in Izmir.

Visit Thyatira (Akhisar) known for its guilds of artists in the time of St. Paul. Then, onto Pergamum, home to the famous physician Galen. Explore the remains of the Asclepion, the theater built into the steep hillside and the red court of Pergamum, (also known as the red church).Dinner and overnight in Bursa.

Visit Nicea, the Byzantine capital for 100 years upon the occupation of Constantinople in the 13th century. Continue onto legendary Constantinople (Istanbul) and seat of the Holy Roman Empire. Istanbul, with its natural beauty, rich historical heritage, many lodging facilities and developed transportation system is one of the most important tourism centers of Turkey. The point of entry for the majority of the tourists coming into Turkey is Istanbul". Dinner and overnight in Istanbul.

This morning see two masterpieces of Byzantine art - the Kariye and St. Sophia museums. Savor the beauty of the colorful biblical mosaics and frescoes that adorn the insides of both museums which now live side-by-side with Islamic calligraphy. St. Sophia was the first Christian cathedral built in the world. Then visit the more worldly pleasures of the Topkapi Palace and the stain glass, Iznik tiled interior of the Blue Mosque. Dinner and overnight in Istanbul.

Bid a leisurely farewell to Istanbul with a cruise on the Bosporus. After lunch browse through colorful labyrinth tunnels of the Grand Bazaar. One could visit Istanbul for the shopping alone. The Grand Bazaar, in the old city is the logical place to start. This labyrinth of streets and passages houses more than 4,000 shops. The names recall the days when each trade had its own quarter: the goldsmiths' street, the carpet sellers' street, and the street of the skullcap makers. Still the commercial center of the old city, the bazaar is the original shopping mall with something to suit every taste and budget.

Enjoy a breskfast on your last day in Turkey. Transfer to airport. Leaving Turkey.
From $ 1,950
per Adult
Need help with booking? Send Us A Message